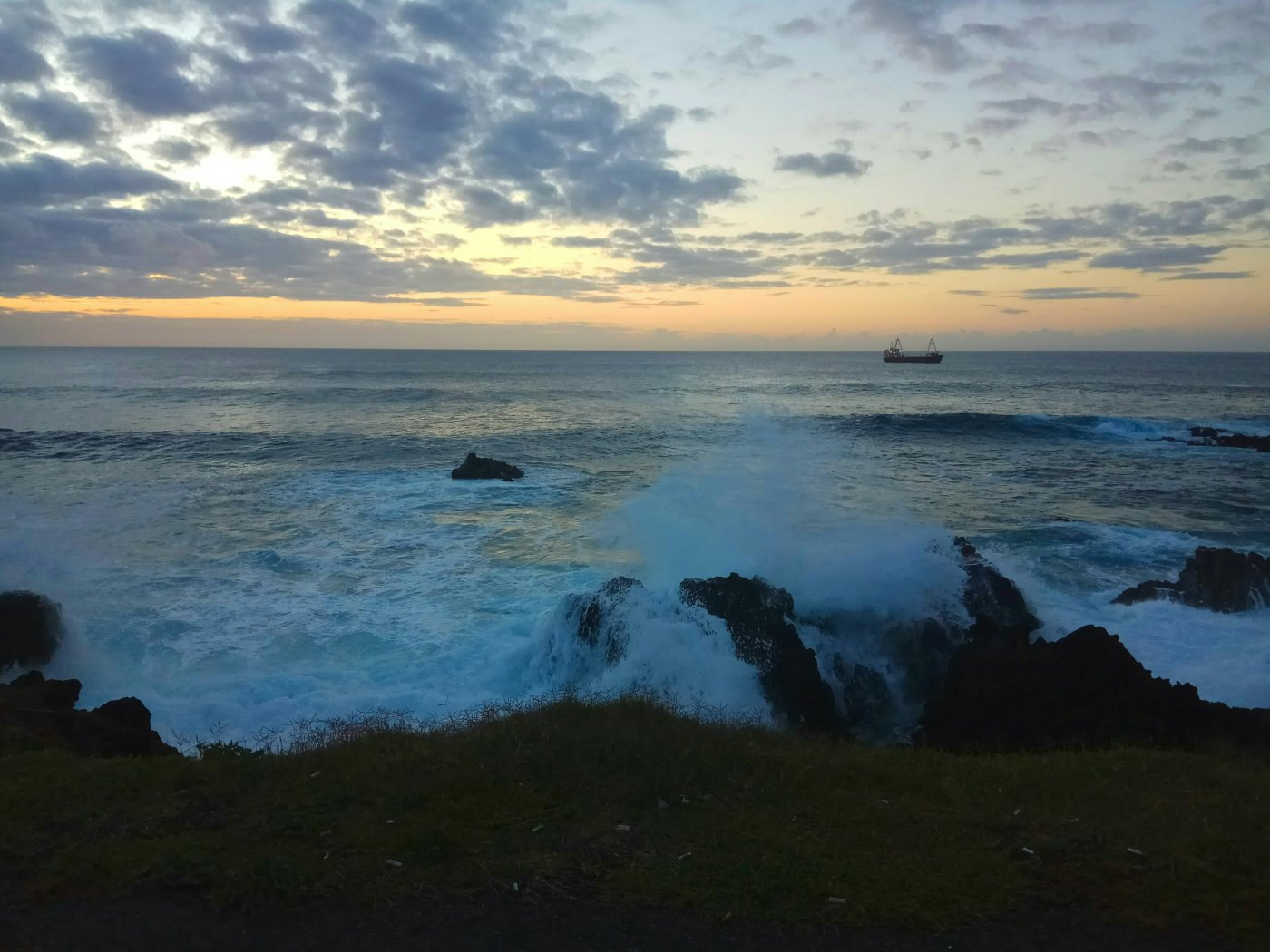 After saying goodbye to the beach chickens and my biker gang I had another date with a dramatic sunset. I watched it with Holly, from Guernsey, as we enjoyed some pisco sours, and she taught me a bit about Guernsey.

We stayed out chatting and drinking until it got really dark, then eventually I went back for another night in my lovely little tent.

The next morning I went diving (already posted about that as I couldn’t wait!), then carried on with my motorbike tour around the rugged southern coast where I found some of my favourite spots on the island and barely saw another soul. 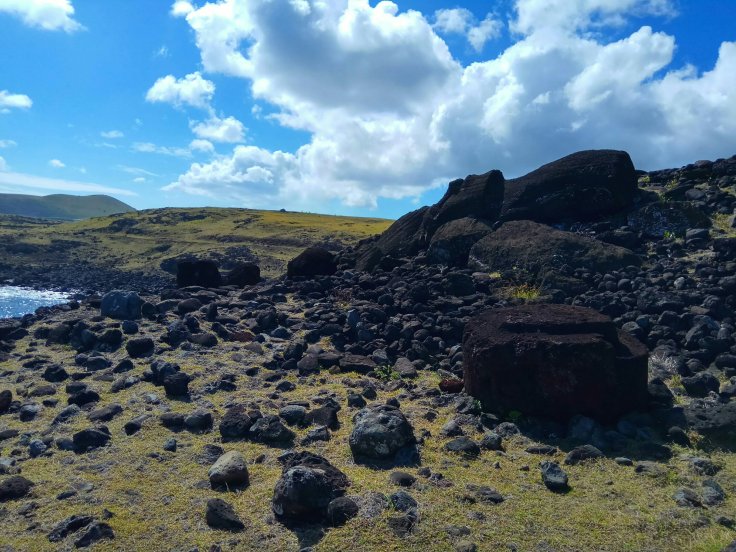 For dinner I had some fantastic seafood pasta and tried the local beer at La Taverne du Pecheur on the harbour. The beer is called Machina and it will set you back over $4.000 pesos for a bottle but it’s a nice light IPA worth a try.

After another beautiful sunset, I went to watch a cultural performance with Holly and Ruth which cost us $20.000 pesos each including transport to and from our hotel. The show was excellent, with traditional music and dancing. I had a turn in the spotlight dancing like a complete lemon with no idea what I was doing, but it was fun anyway! 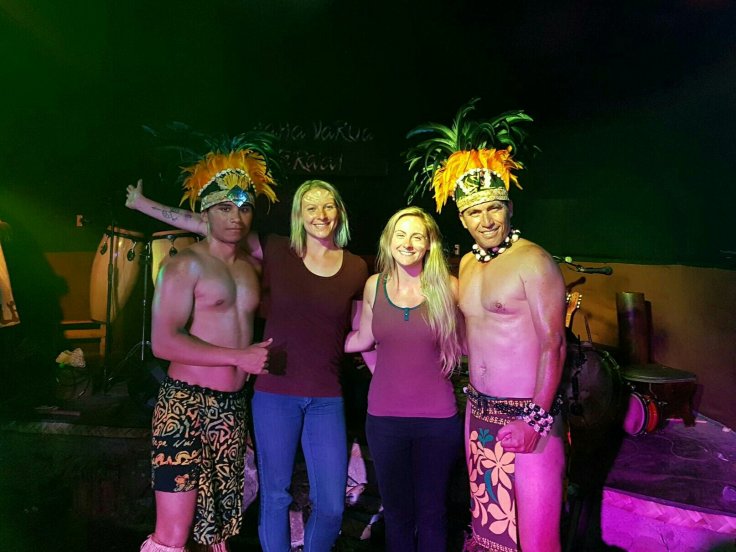 The next morning after diving, I went exploring the other side of Hanga Roa with a Swiss girl called Michelle. We visited some renovated Moai and went to the cultural museum where there was lots of information about the history of the Rapa Nui and the island itself. 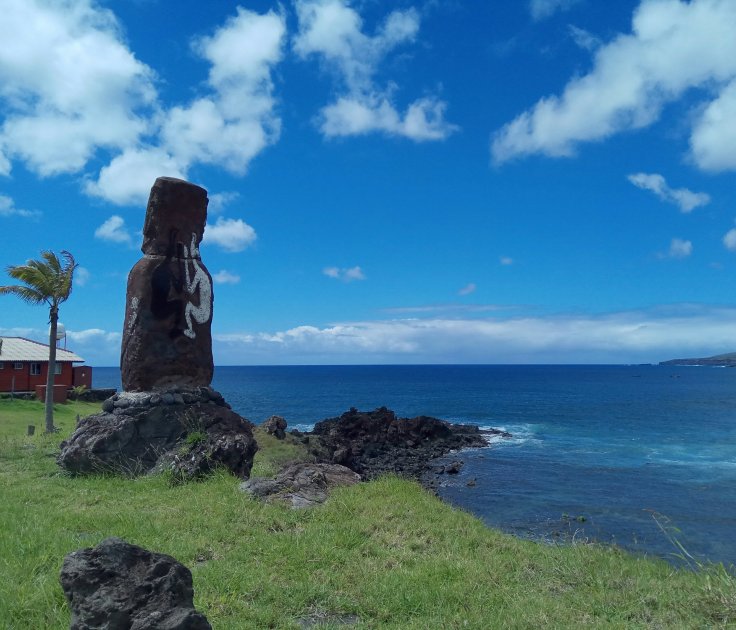 Then we hitched a lift back into town in a beat up old pickup truck. 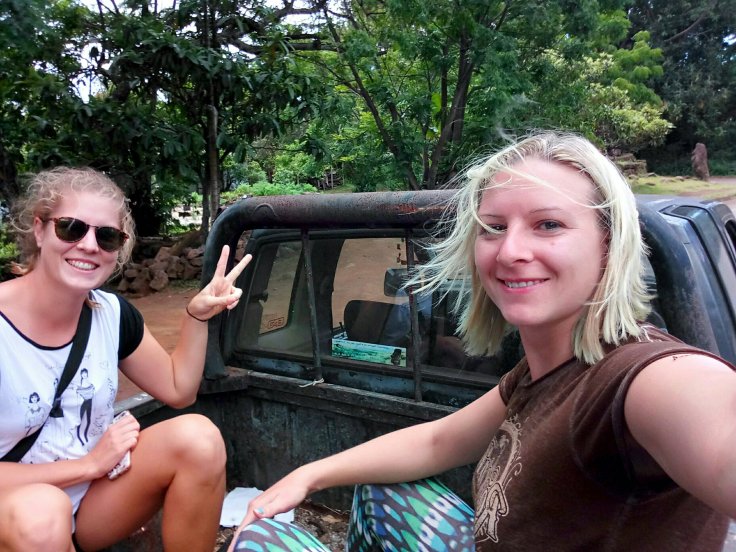 I watched the waves and packed my bags to leave the next day and had a relaxing evening. 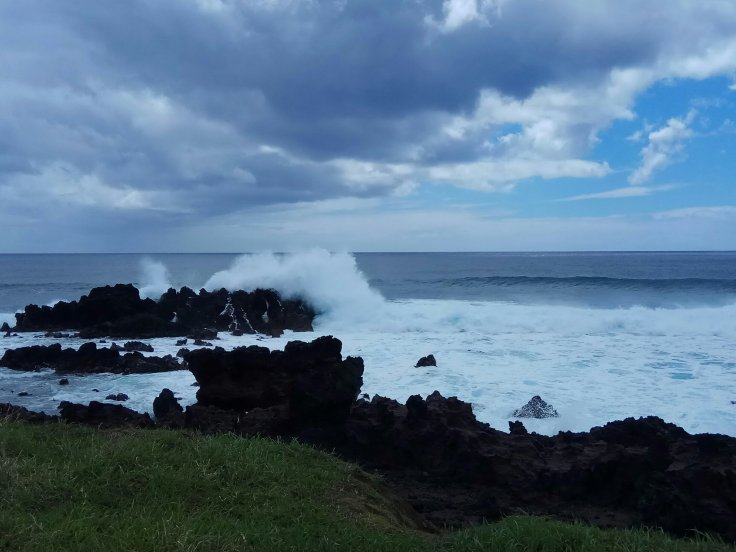 Up early the next morning, my final sightseeing mission was the Rano Kau crater close to the main town. I arrived before the ceremonial village opened so I got to explore the crater. It is hands down the windiest place I have EVER been. I nearly got knocked off my feet so many times (away from the crater thankfully…). 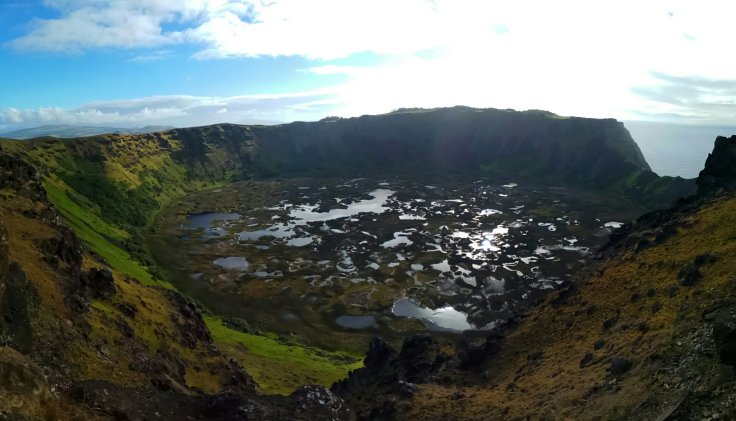 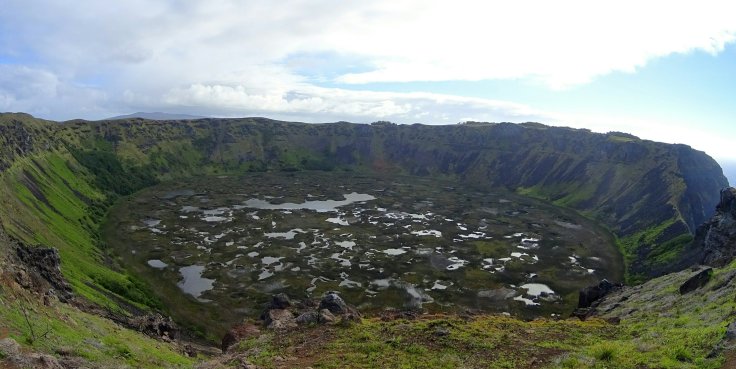 The ceremonial village, Orongo, is in a spectacular location perched between the volcanic crater and the cliffs, with a 300m drop into the sea. You can see Moto Nui from there (see Rapa Nui (slightly) demystified). 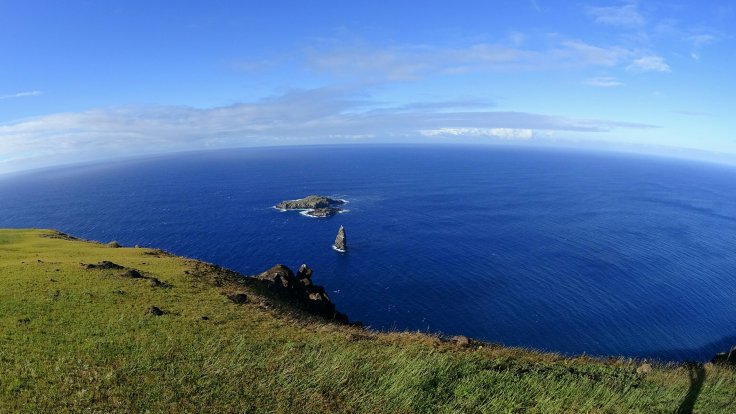 There are thousands of incredible petroglyphs there but they’ve decided to close the path to see them!! So I’ve included a photo of an amazing one I saw in the town.. 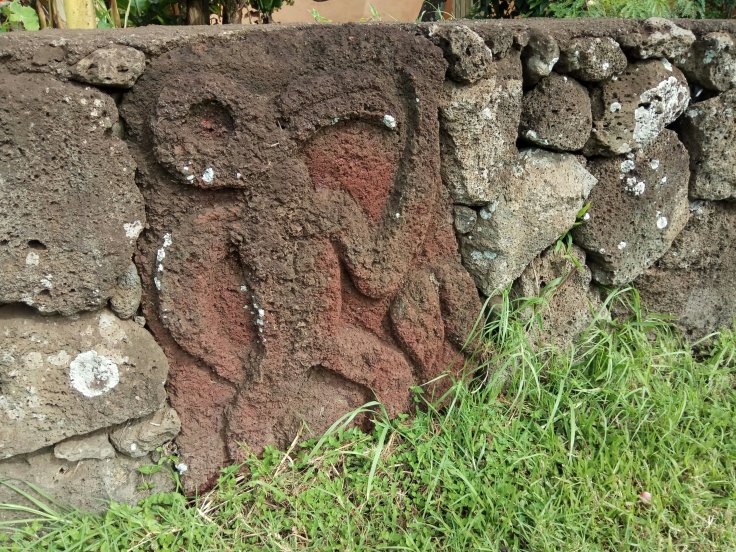 Some of the ruined houses have been rebuilt so you can get a feel for the village. 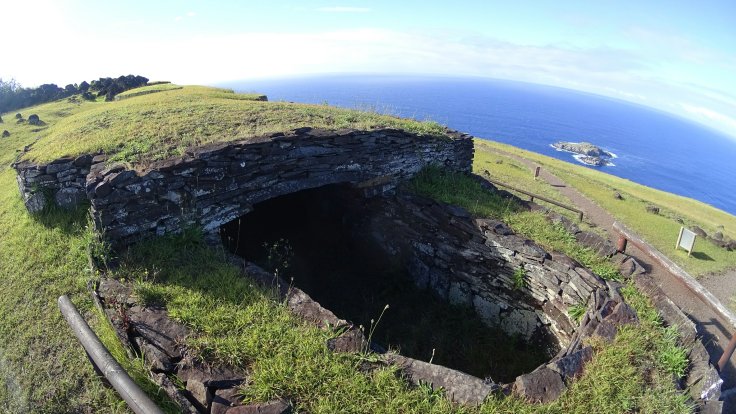 Orongo isn’t quite as great as I thought it would be, but it’s still certainly worth a visit. Maybe it would be worth going with a guide so they can bring it to life a bit more.

So that was Rapa Nui in 5 days. I’ve got another post in the mix which will summarise the cultural aspects of the Moai and the birdman cult which followed…