Valparaiso, or Valpo, is a chilled out Mecca for street art, I will fondly remember it for the epic art and also it’s epic steps!!

It’s an important port city for Chile and is home to the Navy, but the best of the city can be found on its steep hilly streets. For the weary, there are quaint funicular elevators to take you up into the many hills on which the city is built to explore. 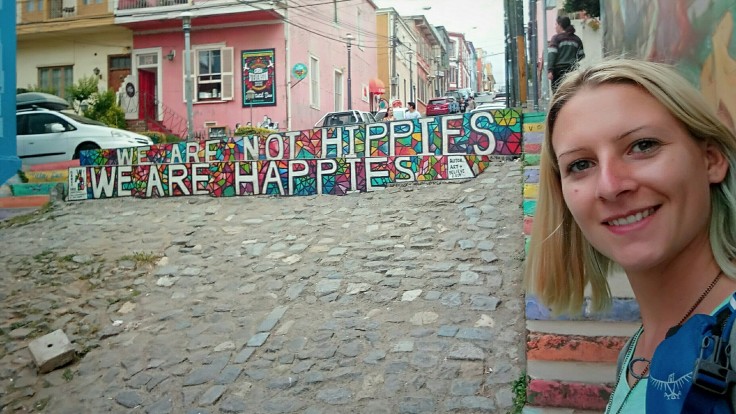 Two or three days are enough to see everything on offer here, but beware, the weather is coastal so if you need those clear views out to sea you’ve got to be prepared to stay until the clouds clear. Speaking of weather, I am now glad that I showed enough restraint not to burn my jeans in a ceremony dedicated to the sun when I arrived in South America – it was raining on one of my days in Valpo!!

There are a few must-dos when you are here: Get lost in the maze of steep colourful streets. Try some of the fresh seafood, it all looks and smells great but Machas con parmesana (razor clams baked with parmesan) are a good call here. 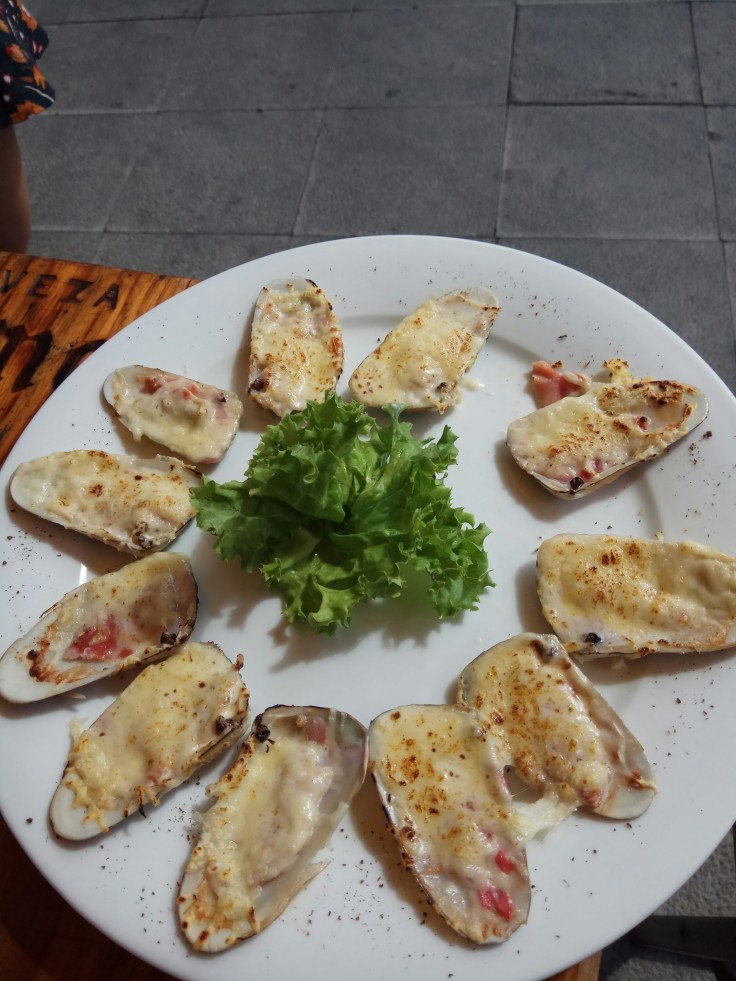 Enjoy some of the best empanadas in Chile.

Visit the quirky home of the poet Pablo Neruda ($7.000 pesos to enter but the view from the terrace is nice). Prepare yourself for the hike up there. Stroll through the Museo a Cielo Abielo (museum of the open sky) for some great art.

Ascend in the Polanco Lift and try out one of the funiculars. Visit the Naval Museum which is also home to the Fénix capsule which was used to rescue the 33 miners trapped 700 metres underground after a mine collapse for 69 days in 2010. Read more on Wikipedia about the Copiapó Mine Collapse and there is also a film called The 33 which tells about the families and the emotional side of the event. The Naval HQ (below) is on the main square. 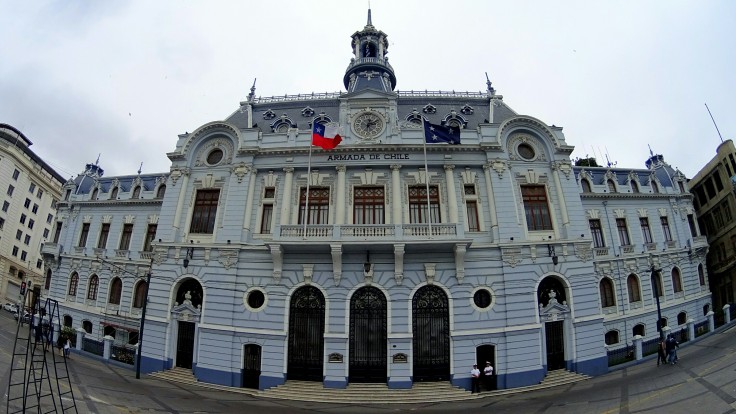 The hostel I stayed in was called Planeta Lindo and I wholeheartedly recommend it. Friendly staff, nice beds, good lockers, beautifully painted, great communal kitchen and roof terrace with a fabulous panoramic view over the city. You can get a bed for $9.500 pesos (£11) per night and if you stay for three nights you get the fourth free!!!