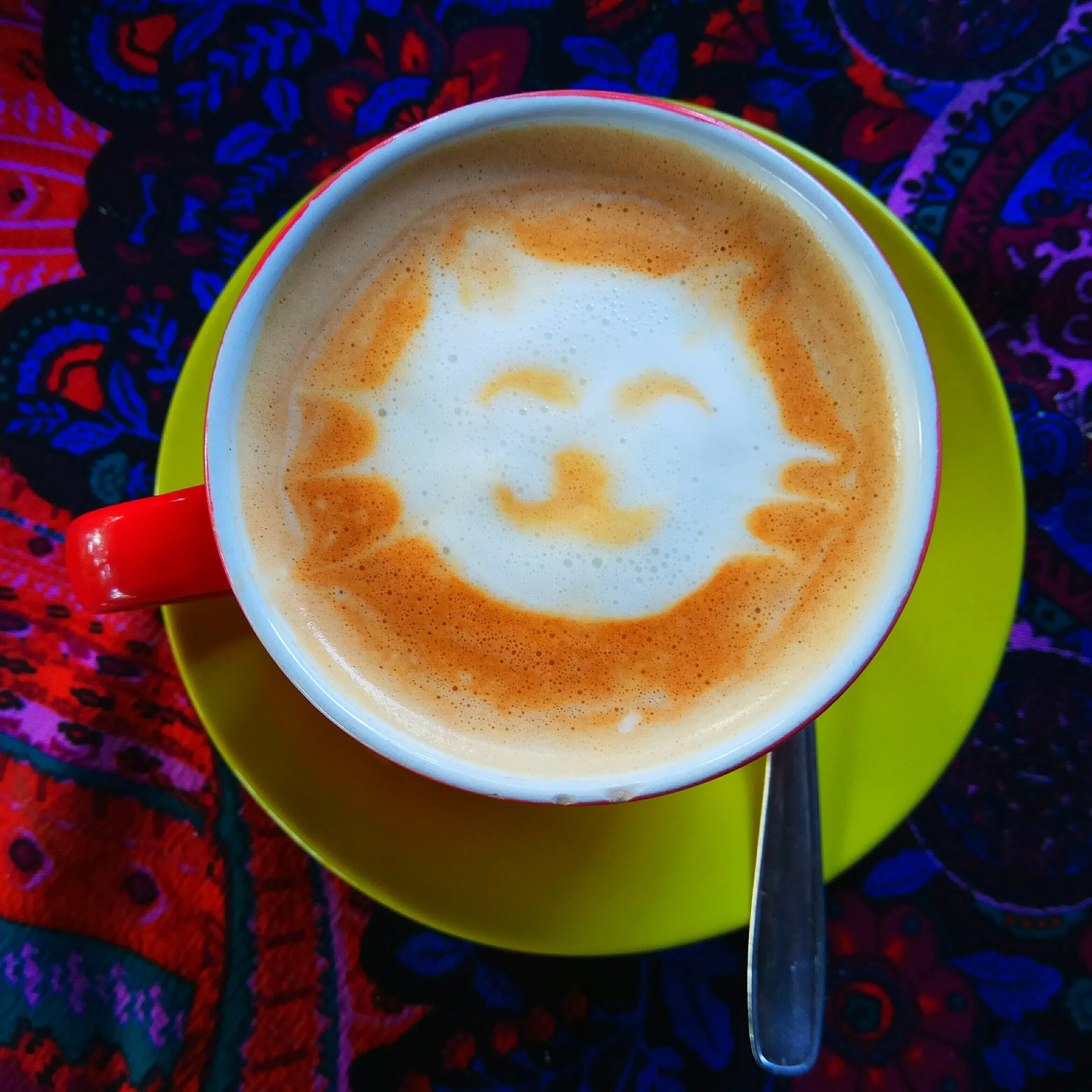 Minca was a cool place and worth a couple of days, it is super easy to get to from Santa Marta; you just hop on a collectivo or you can arrange for one to swing by and collect you from a hostel. We paid $10.000COP per person for the hair-raising ride along steep winding roads into the cloud forest and were dropped off on the main street at the bus terminal just as the heavens opened.

The storm didn’t let up for about an hour so we had to wait a while before our hike up to Casa Loma. We stopped at the Lazy Cat and ordered dinner. The four of us all ordered the same – a steak noodle wok with soy sauce and ginger. It was absolutely delicious, best noodles any of us had in months! The Lazy Cat is a really nice cafe and is worth a visit. The coffee is excellent and beautifully presented too. 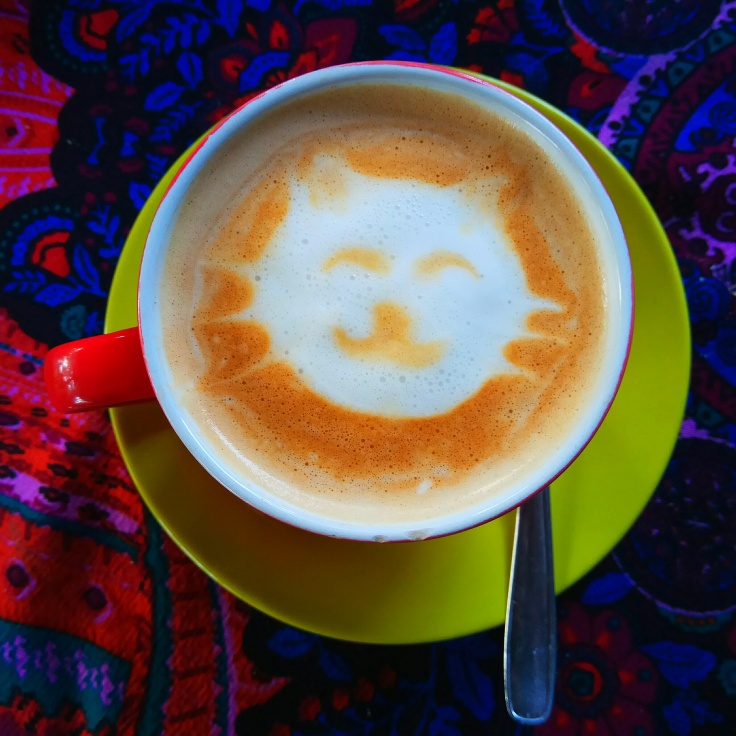 Casa Loma is perched high up on a steep slope so it’s quite a climb but the view is incredible (when it’s not cloudy or rainy). 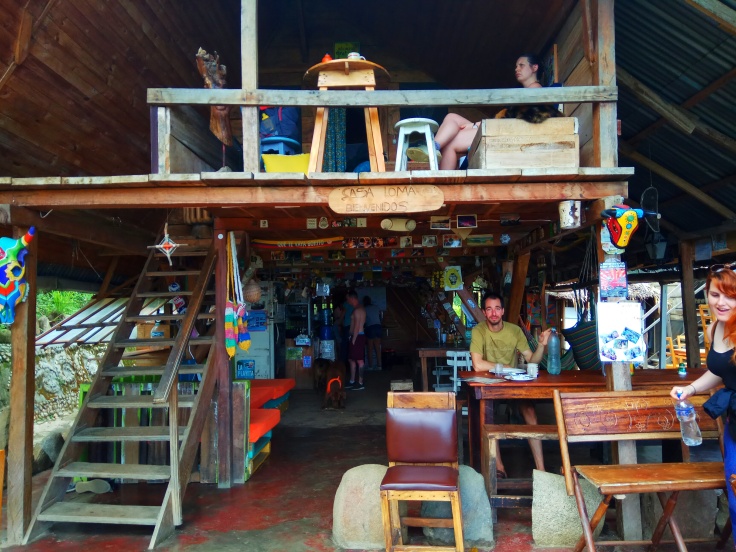 Mairead and I had booked a double room as there weren’t any hammocks available – turned out we were really lucky. It was $100.000COP (£26) for the room, so it was expensive by comparison but it was a great place to splash out!

When we checked in we were shown to an amazing thatched hut with decking and chairs out front and a great view over the valley, such a nice surprise! 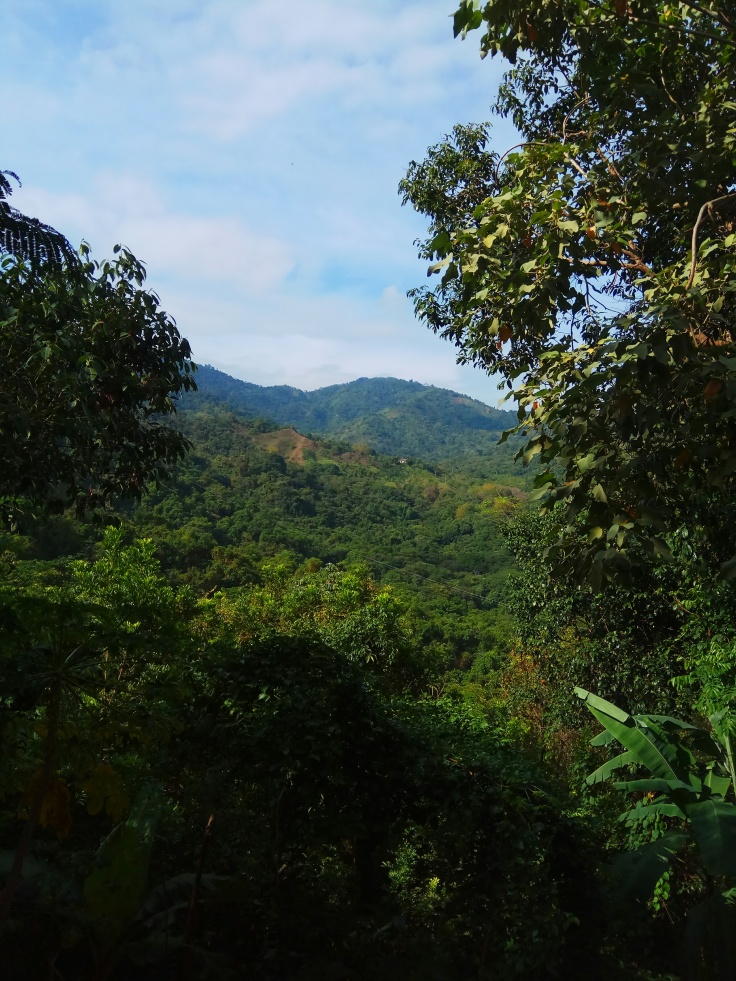 As we had eaten down in the village we had missed the worst of the bugs for the evening, which was difficult to believe given how many enormous beetles were coming in to land in our hair and on our backs!

We had brought a lot of wine and 5 of us stayed up drinking before Mairead and I went and snuggled in our gorgeous hut. 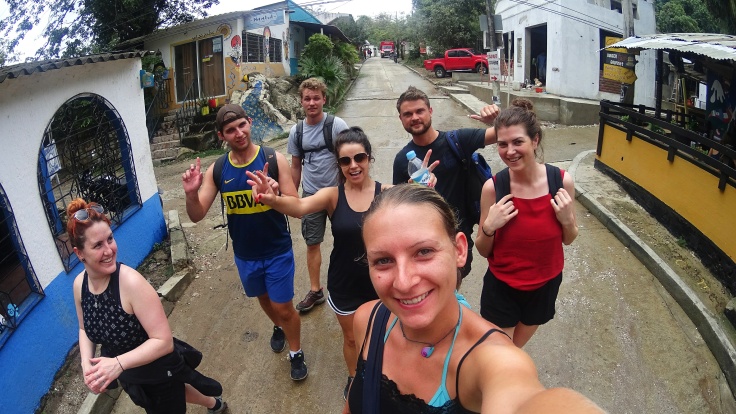 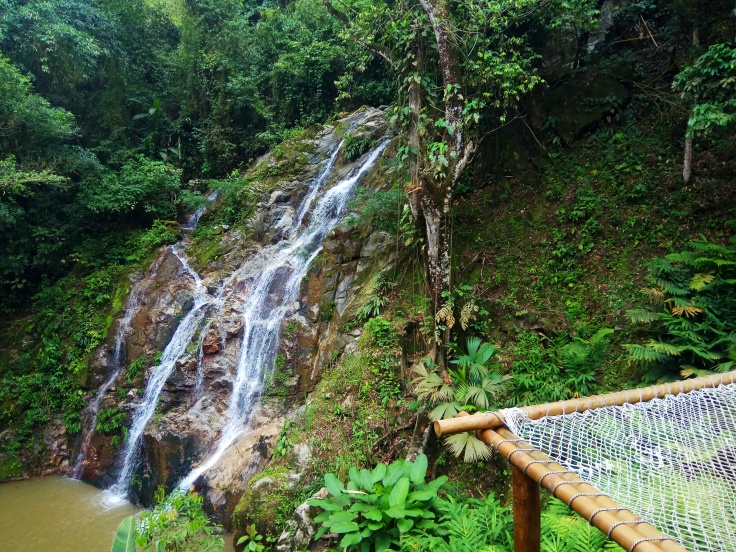 Most of us jumped in for a swim, though the disconcertingly opaque water made for lots of shrieking as things brushed past our legs. 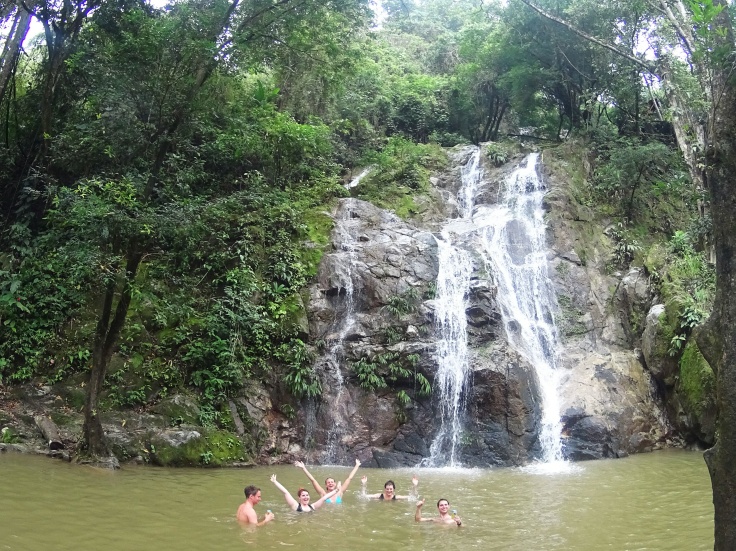 We hung out on the giant net to dry off in the sun. This wasn’t Casa Elemento, which is where a lot of people go – Elemento is a long way from the village ($20.000COP mototaxi ride) and we’ve heard that the net isn’t actually in good condition these days, plus they charge non-residents $10.000COP to visit, though this includes a drink in the price. 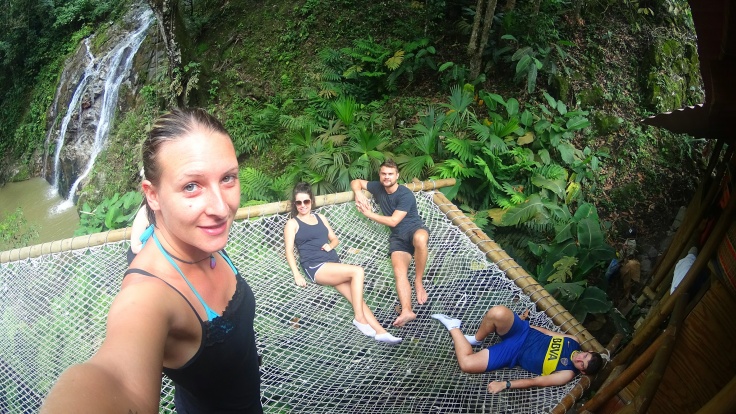 The rest of the day we just relaxed and waited for the stunning sunset. 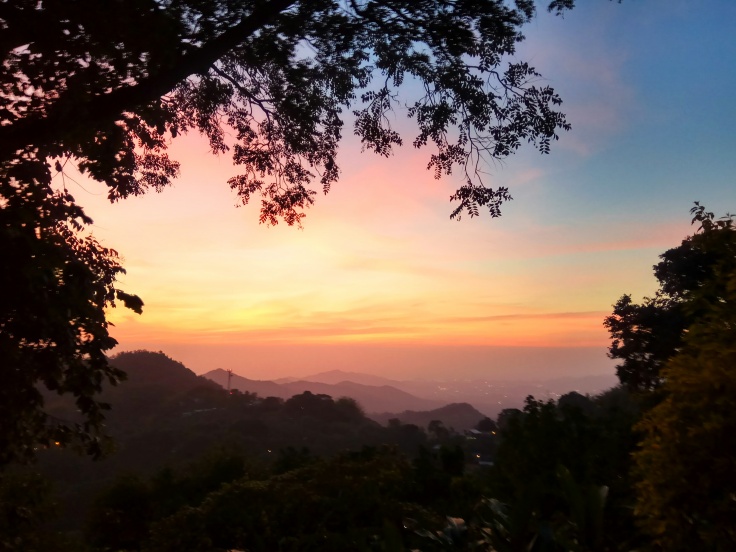 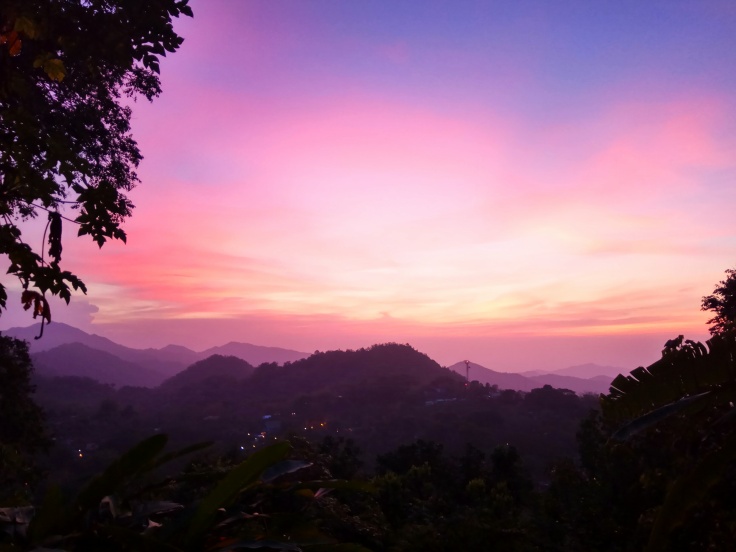 After the sunset the number of bugs reached post-apocalyptic level and we were absolutely plagued by them for about an hour. Dinner here is served late so that the bugs have calmed down a bit! Again we had a few drinks and played games until bed. 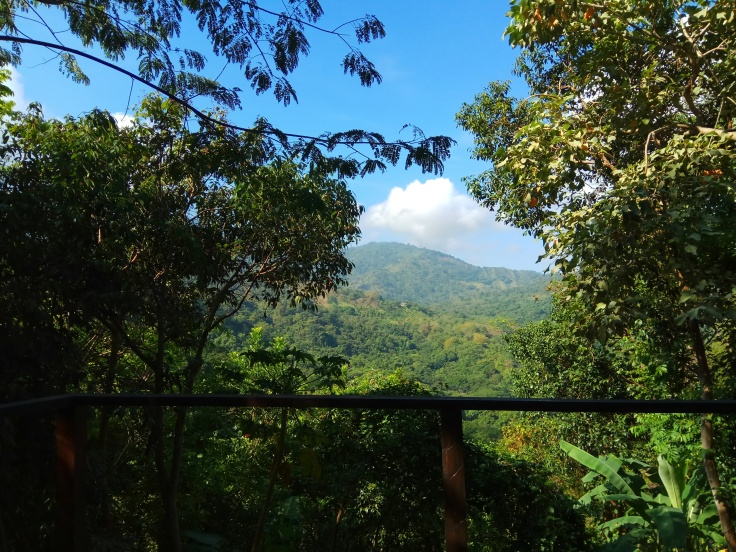 After two nights in Minca we all went back down to Santa Marta in the back of a rickety truck. 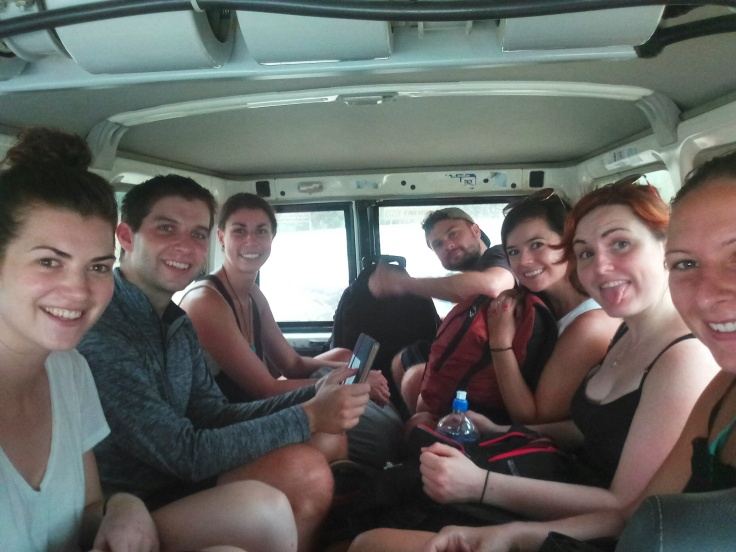 I managed to find a lovely place for a manicure and pedicure! We were already starting to get ready for a party to celebrate Lily’s birthday in Palomino a few days later. 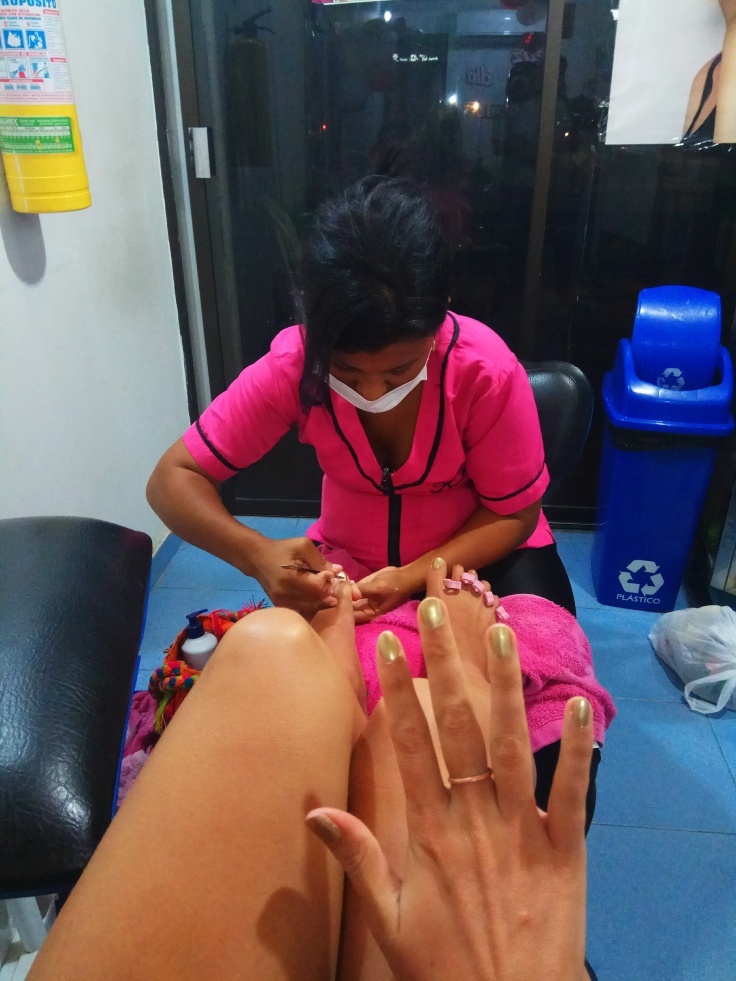