The journey here was long but it’s worth it already as I arrived at 8am in paradise.

I landed at Cebu Airport at 6:30pm and there were hundreds of people queuing for taxis. I was planning to take a taxi from the airport to the bus terminal but a man said that if I took a taxi the whole way then I could skip the two hour queue. Which I did. I paid 2500 Pesos (£35), which is what I had been told by Marcus was the normal price. The journey still took hours and the traffic in Cebu was the worst I have ever seen!

I arrived at D&N lodge in Maya, right next to the port for Malapascua at 11pm and Dilbert welcomed me and showed me to my fan room (800 Pesos, £12). A room with air-conditioning costs 1000 per night (£15) but I really didn’t need it and it’s generally a bit better to avoid it with diving anyway.

I took the first ferry to Malapascua which should have left at 6:30am but ended up leaving at 7:30. It was a rough crossing. It’s a funny old world; I was sitting next to a man called Andy from Bristol.

There don’t appear to be roads on the island! I walked along the beach path to Devocean Divers. This place is fantastic. The staff are absolutely lovely and really accommodating.

Walter gave me a very detailed orientation to the dive centre and they even rearranged two of the planned dive trips so I can go on the Gato Island trip tomorrow! 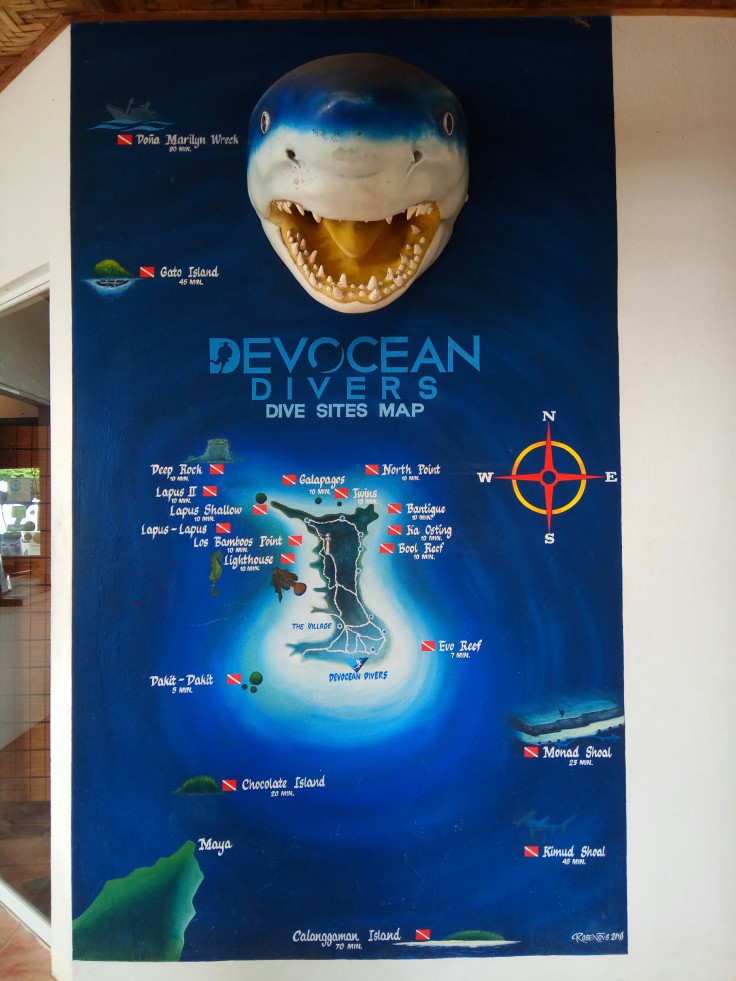 Devocean Divers have a 5 dive package in December for 8,500 Pesos (£126) which includes a local dive, a night dive, a boat trip with two dives and the world famous Thresher Shark dive.

I’ve been kitted up with all my gear and treated myself to a fancy breakfast and my first dive is at 10am. A German girl, Lisa, is joining me for the dive. 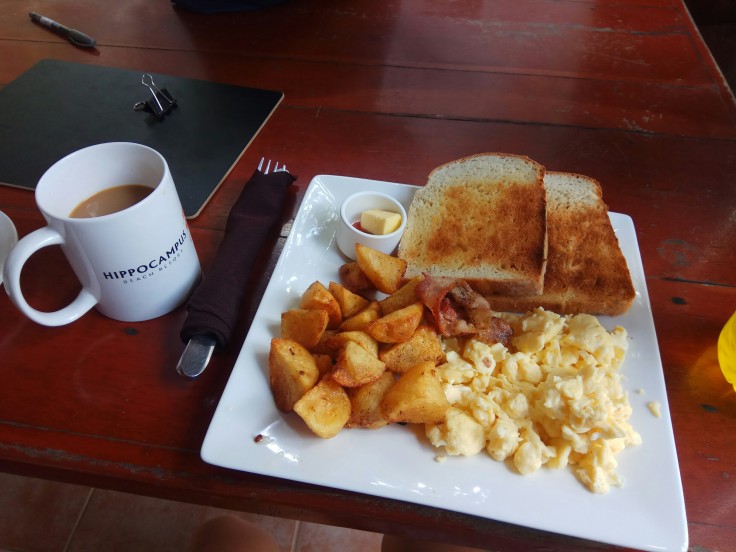 Lapus 1 was the dive site for this morning. The sea was so choppy that I thought the boat was going to sink when the bow went under in a couple of huge waves. We safely made it to the dive site and descended down a line to a reef. I saw some nice things including a Solor boxfish, the biggest cuttlefish ever (asleep so I got closer than usual!).

We saw a school of catfish hiding in a little cave and then I found some swimming in a channel. I even saw a pile of them sleeping!

I rearranged my diving so that I can do a sunset dive tomorrow so that was my only dive for the day. My buddy, Lisa, showed me the hostel she is staying at. Dorm bed in an air-conditioned room is 400 Pesos (£6) so I’ve booked to stay there both nights I’m here.

Lisa and I got lunch at the market (mine cost 60 Pesos) and then we walked around the whole island this afternoon. It really is paradise. 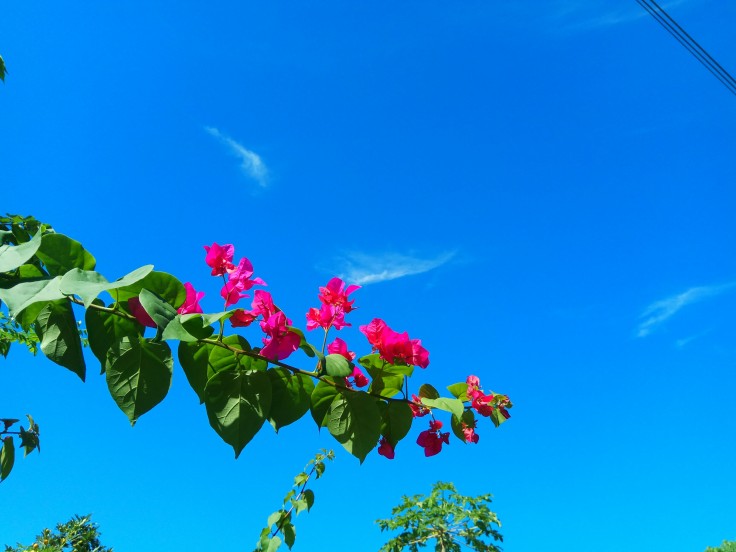 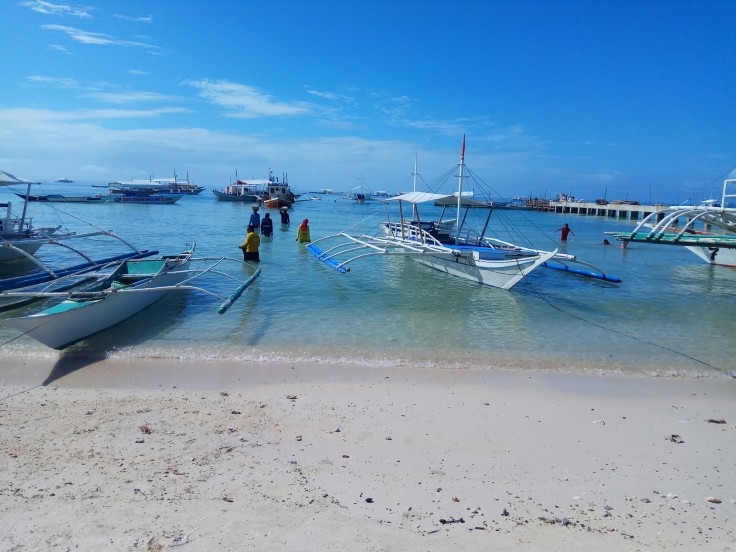 There’s a nice lighthouse and gorgeous white sandy beaches all around it and it’s just peaceful island life here.

We took a motorbike taxi back to the hostel for 25 Pesos each and then I chilled out at the hostel and at the dive shop/Hippocampus Resort for the sunset.

The main event – Diving with Thresher Sharks at Monad Shoal.

The big dive boat was already packed with our gear when we arrived on board at 4:45am and began our 45 minute journey to Monad Shoal.

This underwater island is almost the same size as Malapascua! Only it’s a 13 metre deep platform covered in coral.

My dive master, Pavex, and I descended to the platform and began to descend to the Thresher shark theatre (a sandy viewing area with a static line to hang on to). My air supply became very hard to breathe with as we reached 18 metres so I had to switch to my secondary regulator rather than end the dive to change equipment.

Within a minute of arriving at the platform at around 28 metres we had seen a shark looming out of the deep blue! That tail is so incredibly distinctive, even in the relatively poor visibility.

Thresher sharks have huge eyes that are super light sensitive to help them hunt in the deep, so they can only ascend to shallow water in the early morning light. They come up each morning to have a quick cleaning session with the reef fishes.

As Pavex and I moved towards a different area, another thresher emerged right in front of us and swam up above us to give a perfect view of the shark against the early morning light. 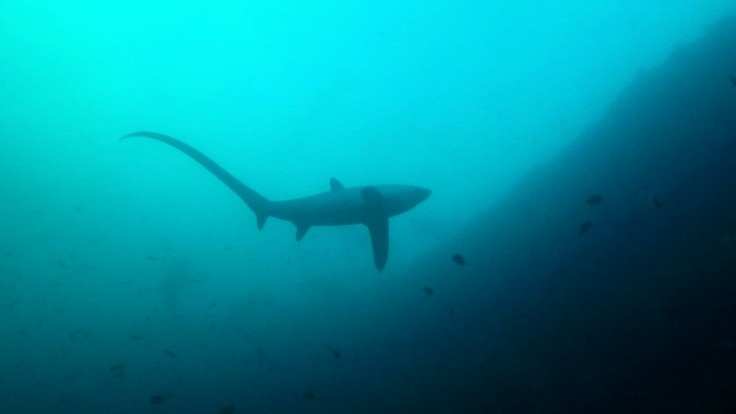 The sharks have such an incredible and bizarre shape, with a whip tail which is the same length as its body.

It was a really incredible experience to see these sharks, and I was lucky to see five on this dive. It’s sort of tempting to do the dive again tomorrow morning, but I have to keep moving if I’m going to see much of the Philippines this month!

Because I was diving on Enriched Air (more oxygen, less nitrogen), I was able to stay at the deeper parts with the sharks for longer, without my body absorbing as much nitrogen. This has benefits for less tiredness too when doing multiple dives in a day, and today I am doing four dives.

We returned from the dive at 7:30am and I went for breakfast with Lucy at Guanna’s, next to the market. I had an interesting Filipino vegetarian breakfast – an aubergine fried in egg (like eggy bread but with a whole, peeled aubergine). It was nice and I think I’ll make it myself one day.

I still had time for a snooze on a bench at the dive shop before my briefing for the dive trip to Gato Island.

Gato Island is a fabulous dive site about 45 minutes to an hour from Malapascua. Our dive was absolutely excellent and the dive master, German, was really good (plus I loved his sharkfin dive hat). My kit was working really well as well so it was just a much more relaxed dive.

We began by swimming under the whole island in a tunnel with some pufferfish and cardinalfish. 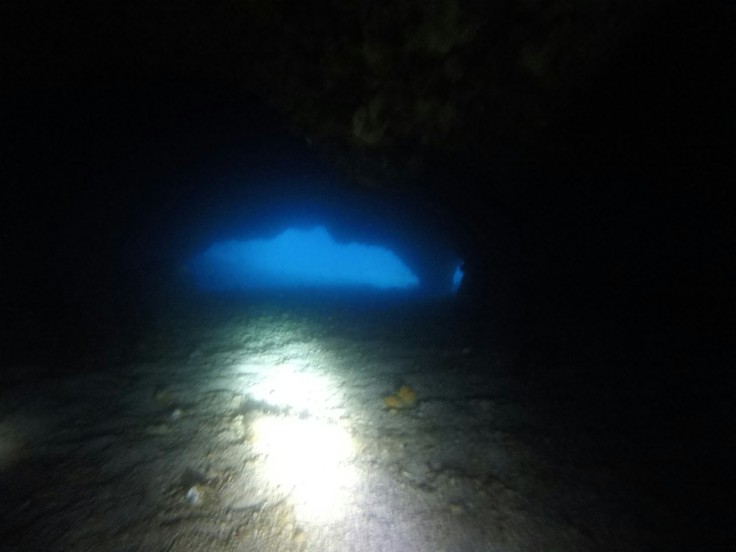 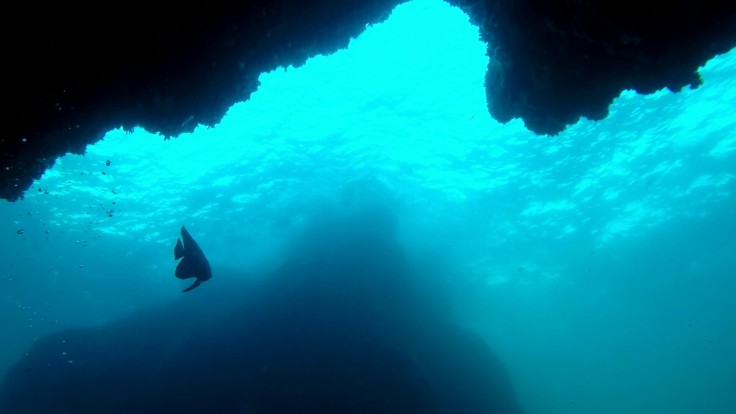 When we emerged at the other side I spotted a white tip reef shark asleep in a hole opposite. It turns out that he is there every day and there is a way to go in the cave with him so we swam around and I spent a few minutes watching him snoozing and seeing the remora on his back picking off bits of skin and wiggling around.

The dive site is nowhere near as colourful as others I have been to in the Philippines (I think it has been damaged by a huge storm a few years ago). However, the life there is abundant and it’s fun to hunt around the rocks and the sandy bottom to find things. I saw a beautiful Solor boxfish and a cowfish with the biggest horns I’ve ever seen. I spotted at least four species of pufferfish and saw that most of them were just resting on rocks and not swimming at all.

It was a really nice dive. I chose to use nitrox again to keep away from my safety limits. A couple of the divers in my group were quite inexperienced so we had to end the dive a little early but everyone was smiling on the surface.

Our second dive at Gato Island started at The Cathedral. Usually this name refers to fancy rock formations but at Gato there is actually a statue of Mary down there!!

We saw another shark sleeping out in the open and I saw an orbicular burfish, which is like a really scruffy, spiky pufferfish. We found a mantis shrimp, lots of little popcorn shrimp and some hermit crabs too, so there are plenty of crustaceans here.

I saw three different species of tiny pipefish swimming in the protection of spiny sea urchins.

We returned to shore and I had an hour before my sunset dive. I was really keen to see more mandarin fish and here is one of the spots where you can see them emerge from the coral to do their courtship and mating dance.

One of the divers had issues with his kit so Hugo and I ended up at the bottom waiting for Mark and German to come back down. There was a bit of a current so we had drifted from the original location and after a few minutes we surfaced and swam back to the boat. Then we all descended together, later than planned, but we still made it to the staghorn coral in time to see the awesome little mandarinfish doing their mating dance and spawning before shooting back down into the coral and leaving a small crowd of divers very unsure if we are ok with being covered in gross fish spawn. The female mandarin is much bigger than the male and she had a white chin which looked cool. Too dark for good photos but I could see them nicely.

The rest of the dive was a night dive so we had torches ready to go and explore. At night, everything moves. The seabed comes alive like you wouldn’t believe without seeing it. I saw a large green brittlestar (like a starfish) moving so quickly that Hugo thought it was an octopus!

There are crabs of all kinds absolutely everywhere and they run around and scurry from the light. A huge sea cucumber was eating really quickly too. It’s just all so different.

I was getting really cold down there but we managed to stay down to explore for 70 minutes, which I was happy with. On the boat ride back I was pouring hot water into my wetsuit to warm up but it was still so exciting to have seen the mandarinfish again. What a day!

I popped back to the hostel to shower and then Mark, Hugo and I went for dinner at the market, getting some nice cheap BBQ food and I also ordered a delicious vegetable curry. Then Lisa joined us and we went back to Devocean/Hippocampus for a night of live music. Somehow it got us all dancing a bit as we stood with our beers. Marcus, the dive shop owner, was back and bought us all drinks as we talked about our day’s diving.

This place has been magnificent.

The next morning Lisa and I travelled with the ferry back to Maya and took a bus to Cebu.