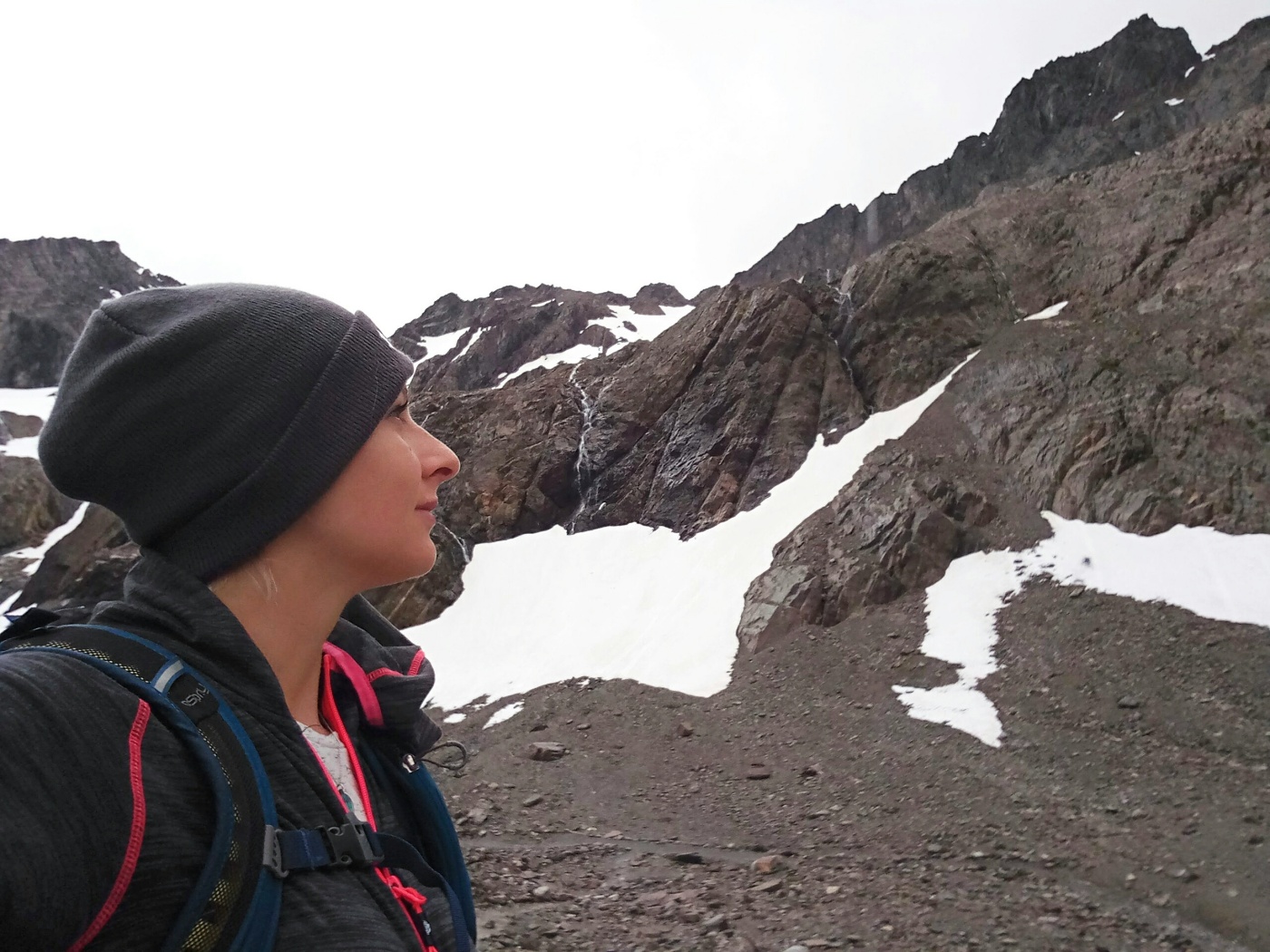 Today is one year since I lost my friend Parik and it is to his sad demise that I owe this world trip. It was quite a wake up call for me. So I often hike solo in his memory and today is no different. 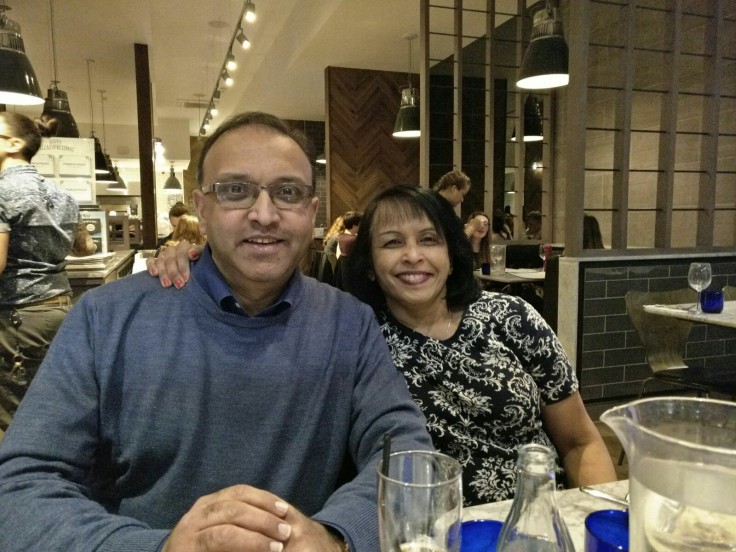 First thing in the morning I moved from Hosteria Foike to Hotel Las Lengas, where I have a night included as part of my Antarctica journey. It seems fairly nice. Won’t have my own space for a month now!!

I then popped to the supermarket for some hiking snacks and supplies.. 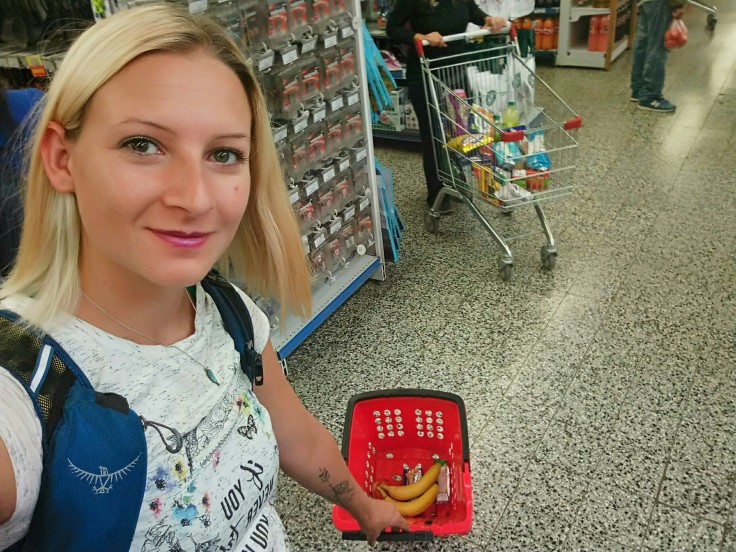 Then I hit the dusty trail. 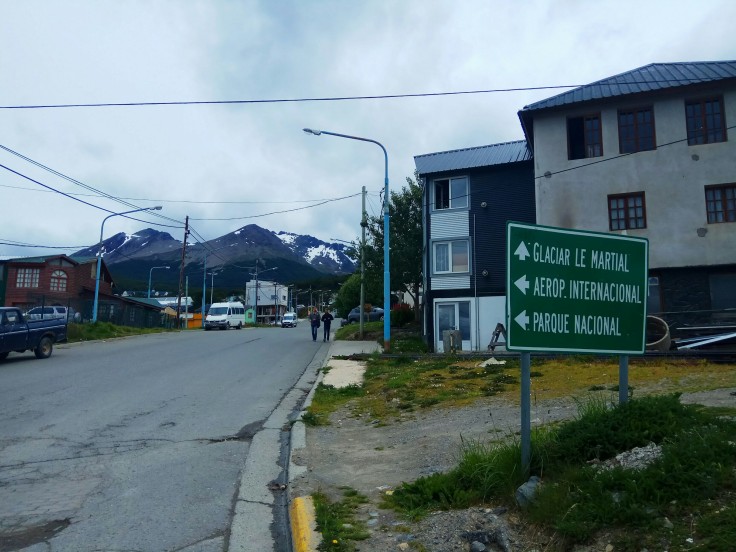 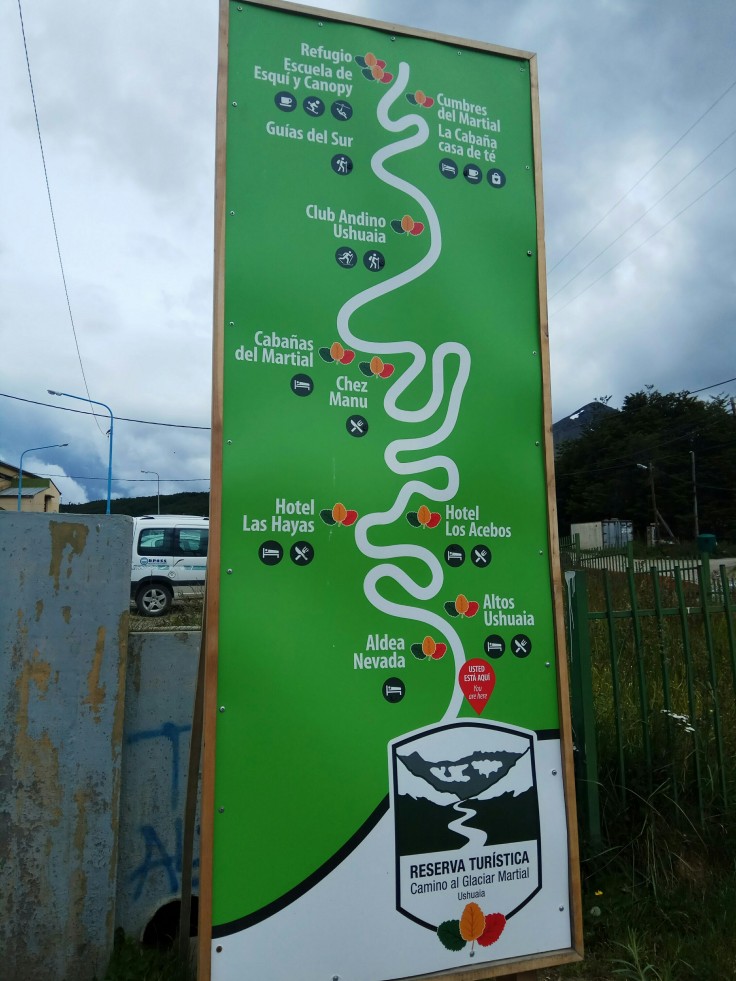 I followed the sendero (hiking trail) up to the top and went through some lovely woods. I managed to get lost with a Brazilian couple and an Argentine couple and we walked for quite a long way in the wrong direction after the Argentinian man said he knew where he was going with buckets of confidence… 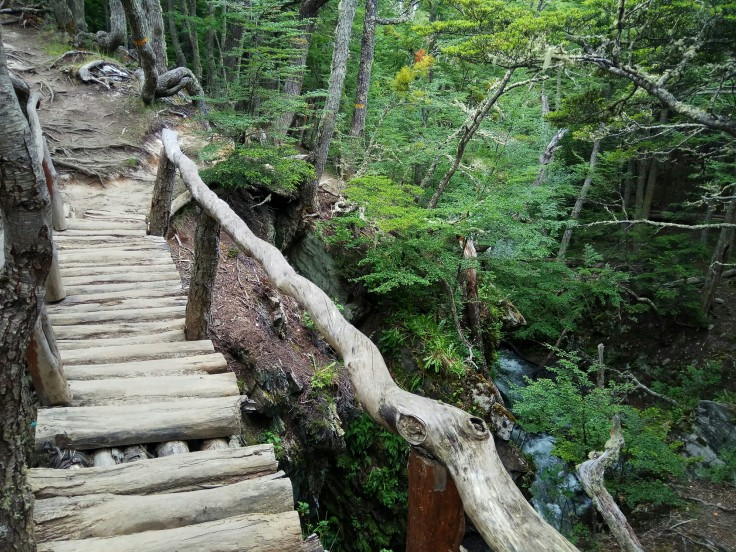 This is looking back over the bridge to the actual trail. We crossed this bridge and walked for a couple of kilometres along a fake trail. 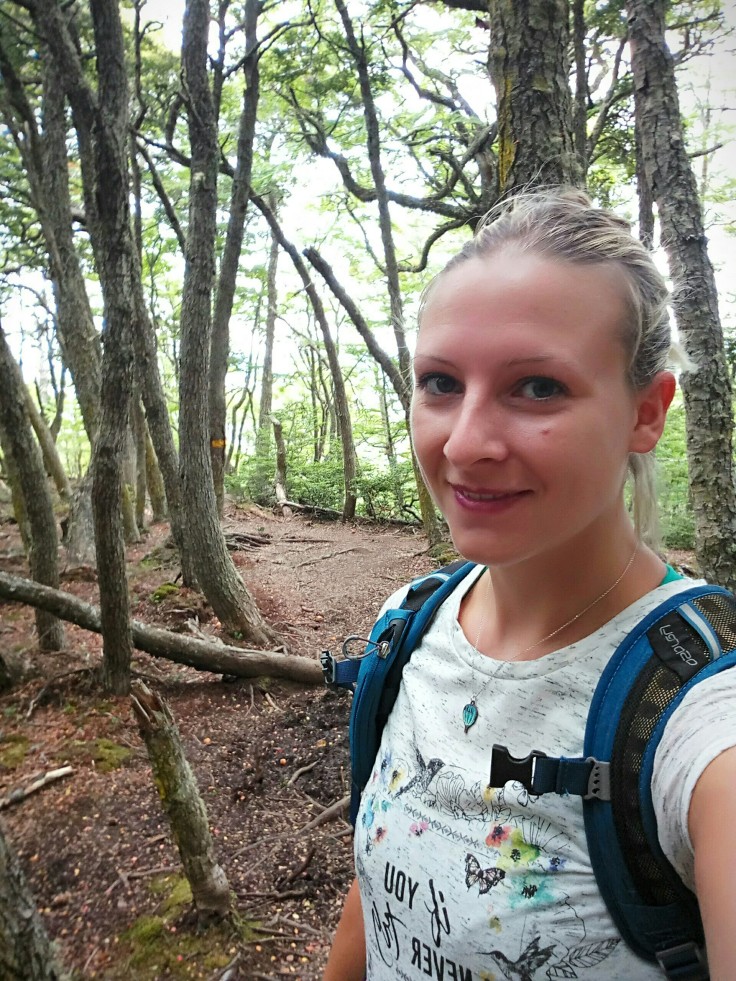 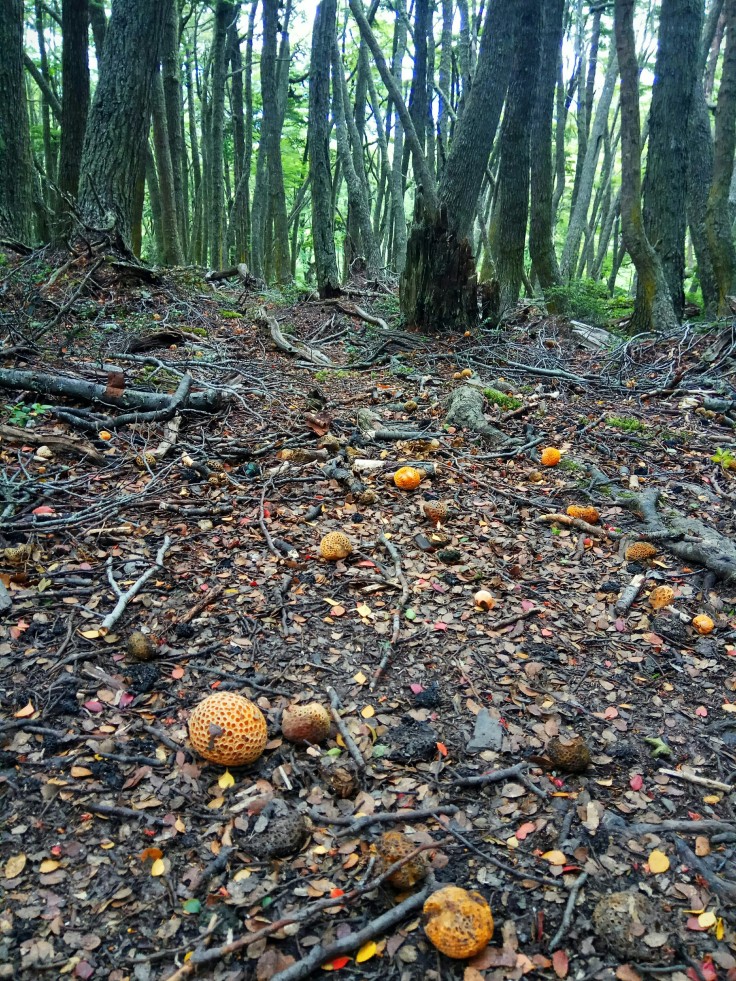 I don’t know what these funny little porous orange-things are but they were everywhere! 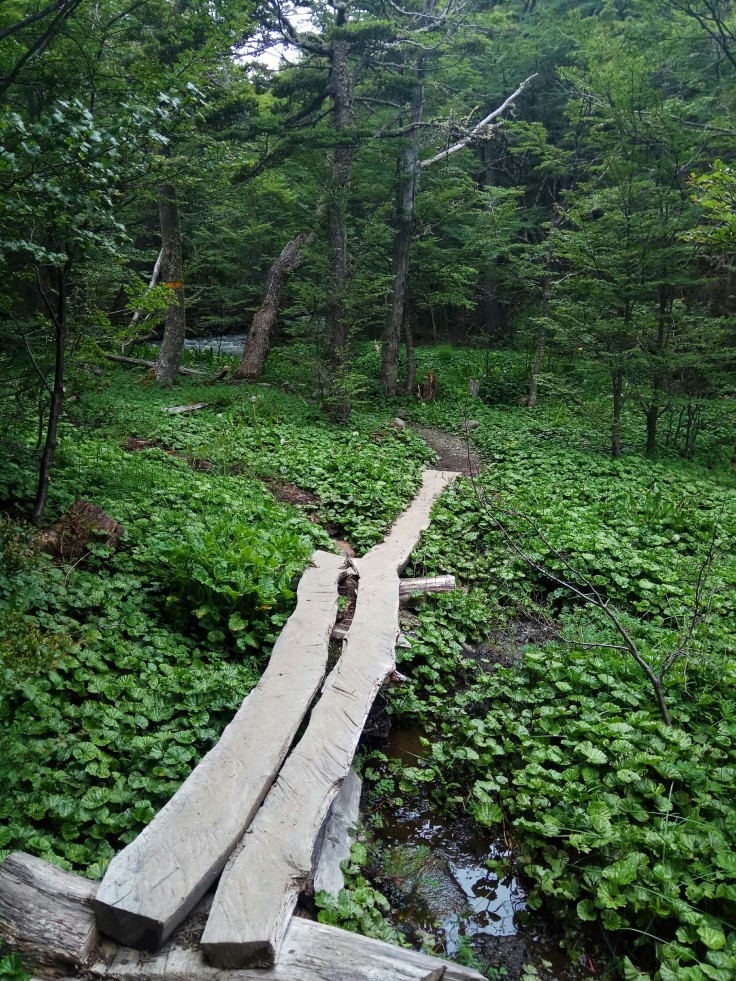 The real trail has loads of these rickety raised walkways but it’s a lovely trail through the woods. 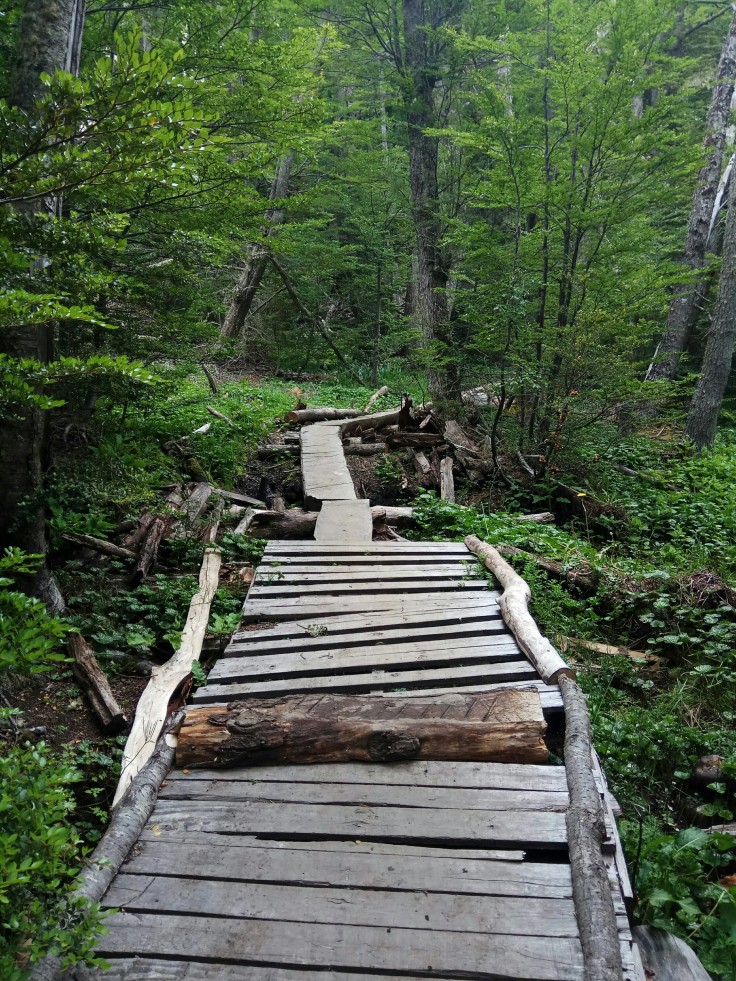 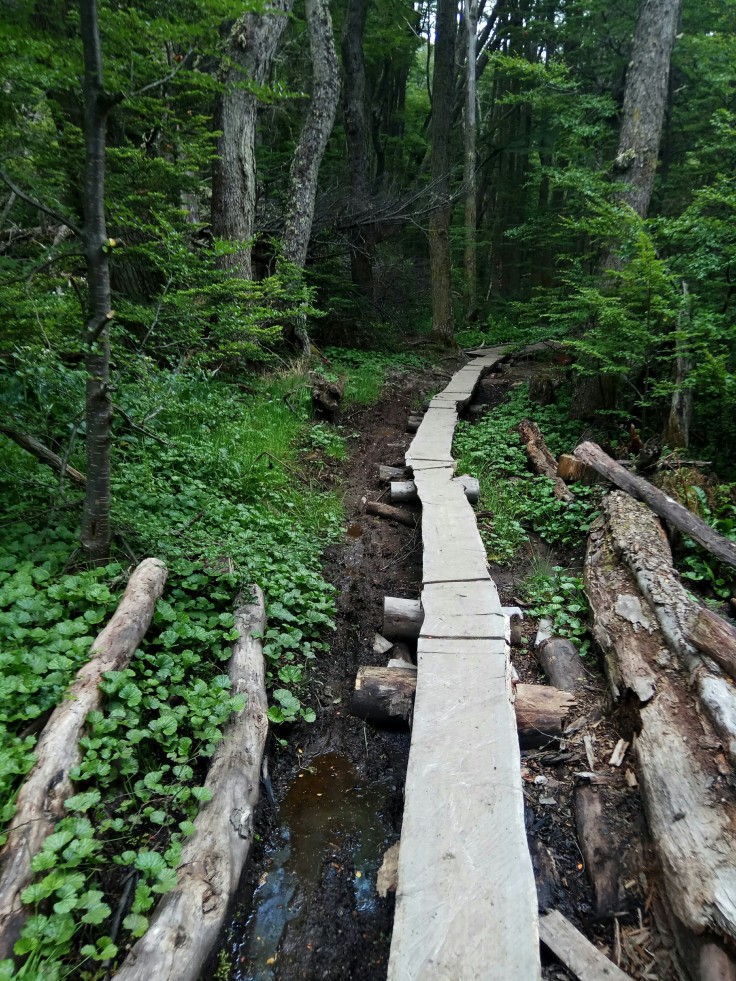 And the waymarkers are pretty cute too. 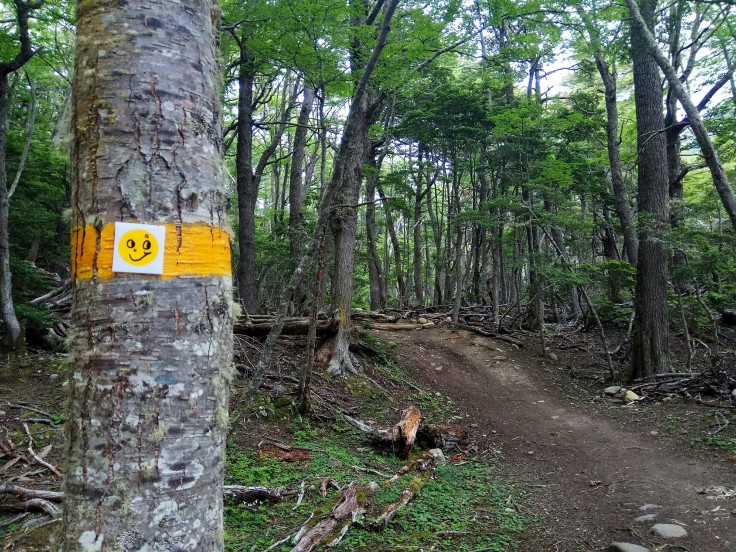 Eventually you emerge from the woods and get some nice views of the glacier. 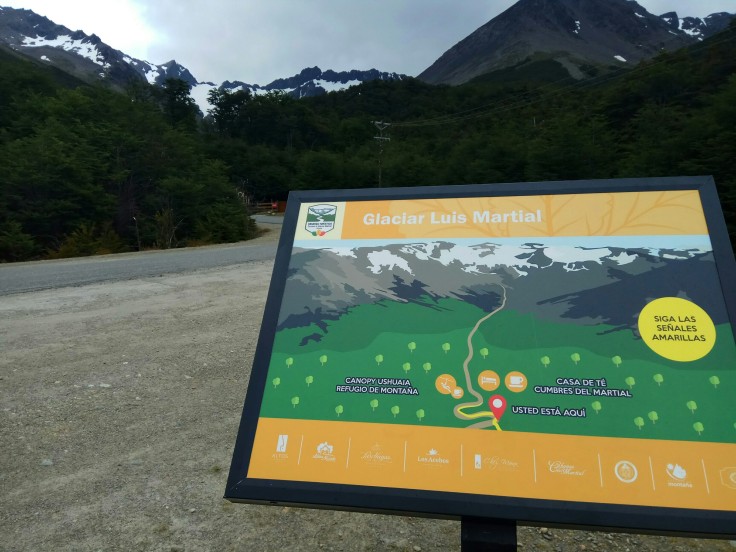 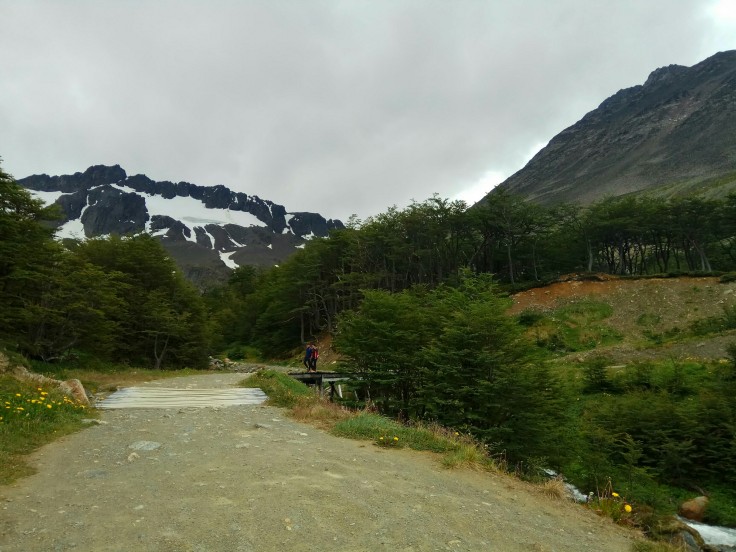 You follow this gravel trail for a while once you go through the carpark and past the teahouse. 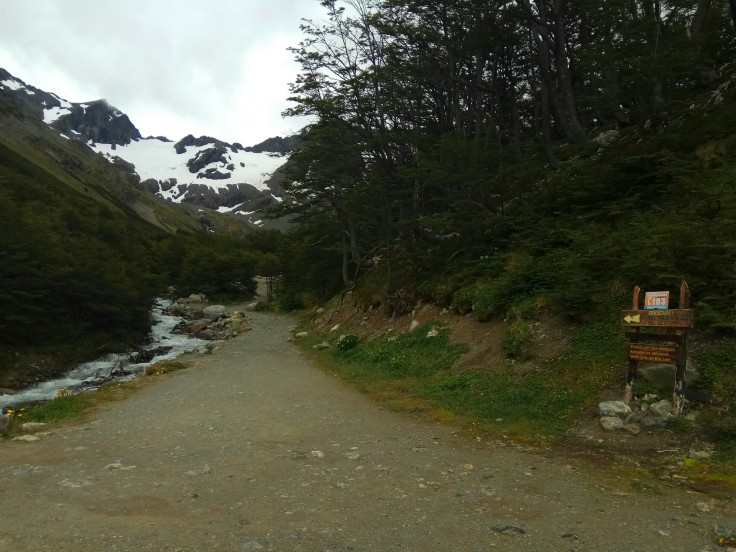 Then you reach the mountain trail. It’s not actually very far from here but I suddenly got the impression I was going to be hiking for another 2 hours to reach the glacier. 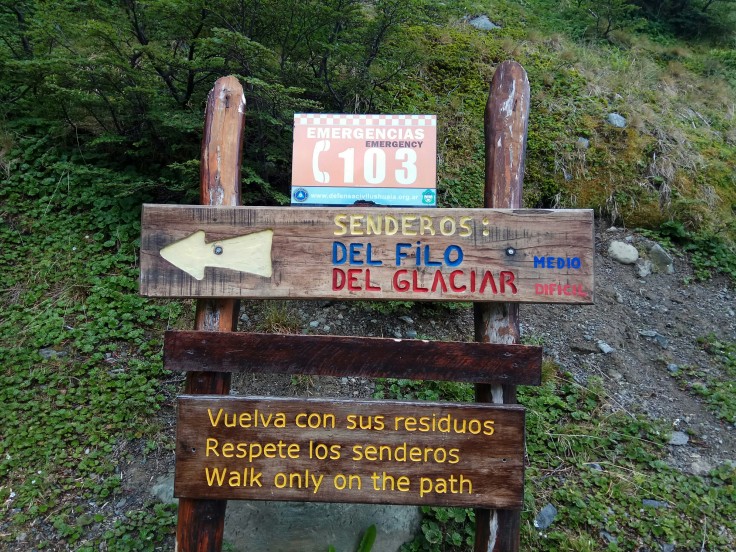 This is the sign from the previous photo up close. 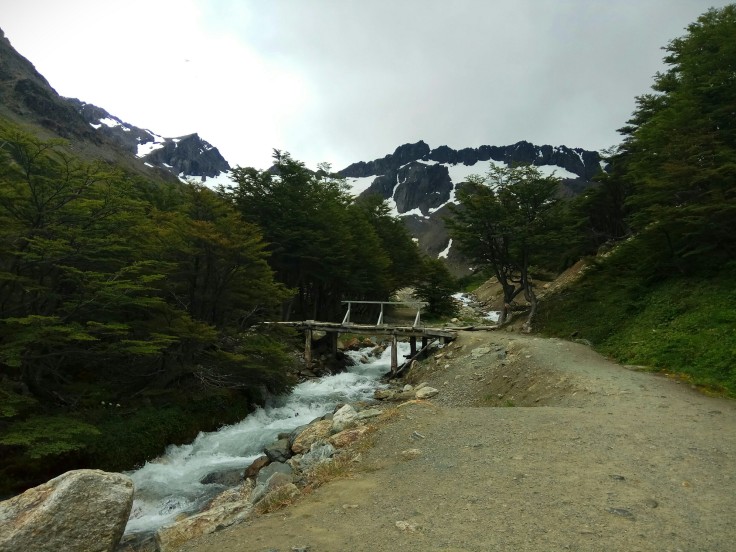 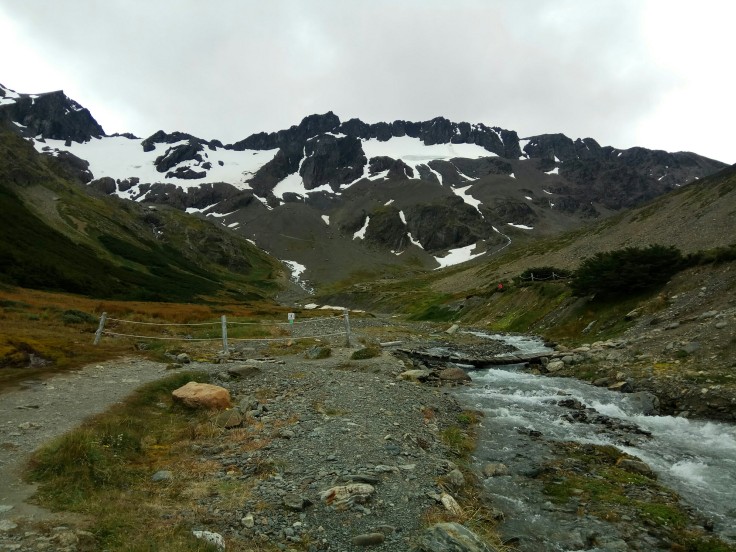 It’s a beautiful place and it wasn’t too cold (not at the pace at which I hike), but every now and again the wind would blow hard enough to knock you off your feet! 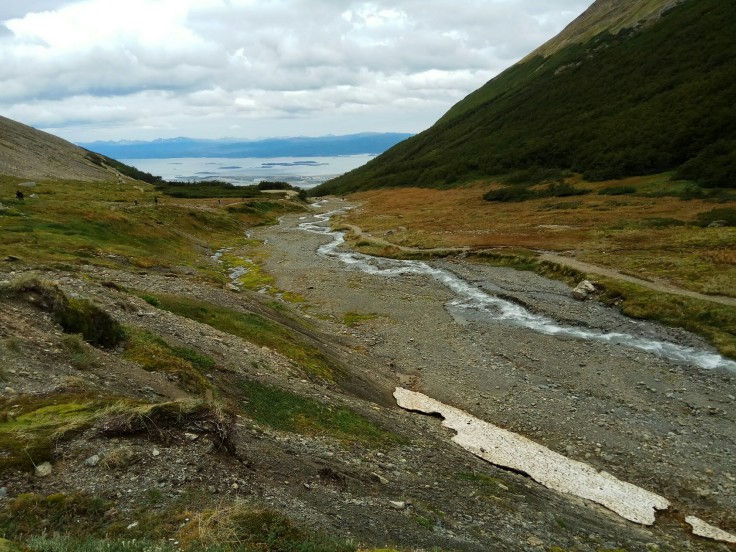 This isn’t far from the steep section at the very end to get you to the best viewpoint. 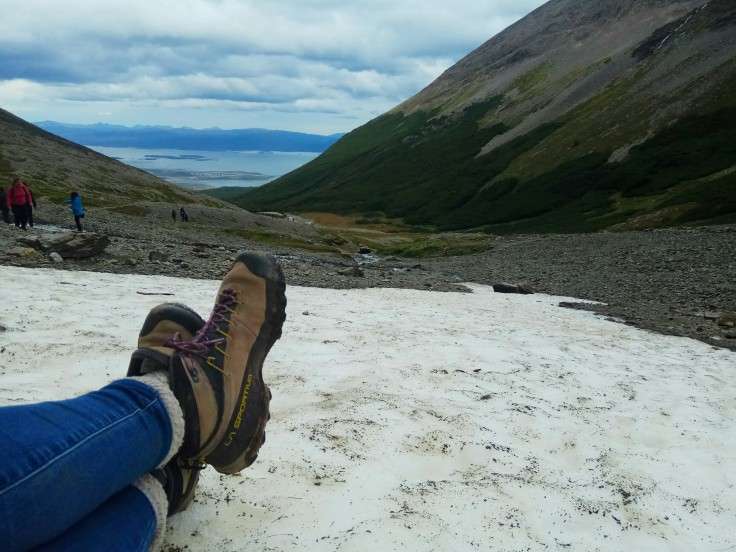 I thought this was a good idea. I ended up with a wet bum for the next 3 hours. But hey, you live and learn. 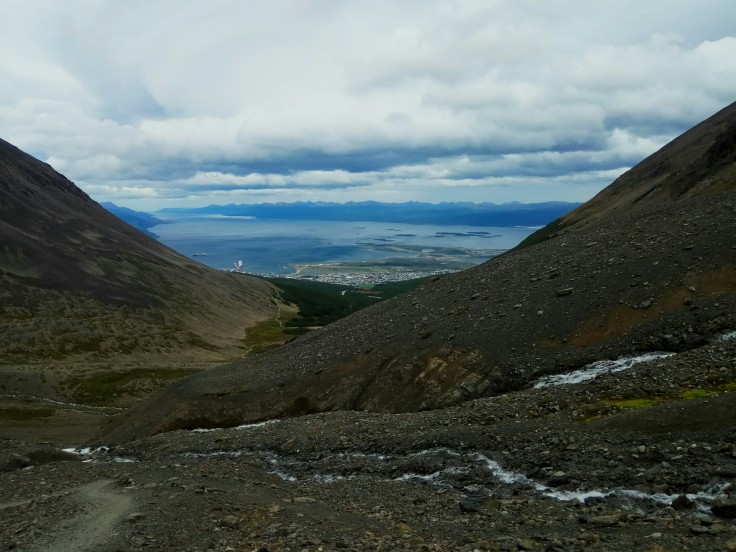 One final push to the top and this was my view. The Beagle Channel opens up before you as you get higher and higher and it is a breathtaking vista.

As is customary for me, I spent a while up there listening to music and enjoying the isolation. 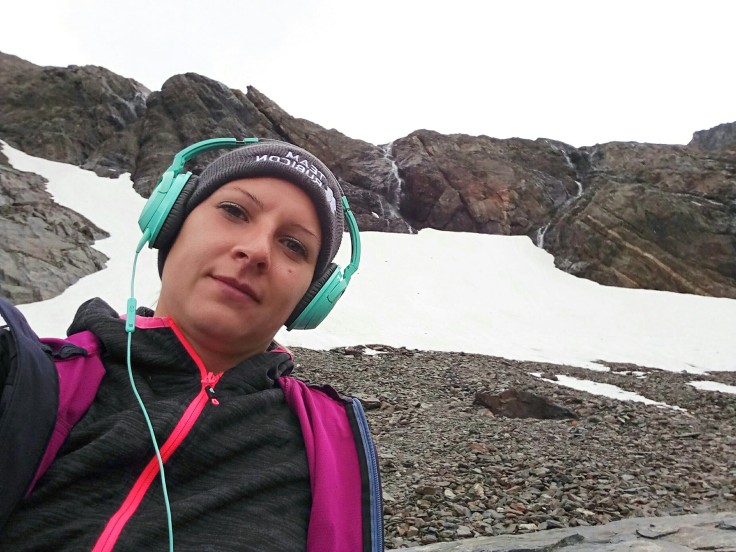 I decided to run down the mountain, which I also love doing. Not sure my legs and backside will forgive me quickly but it was fun!

I stopped to get a shot of the 5 Brothers, mountains which guard the city. 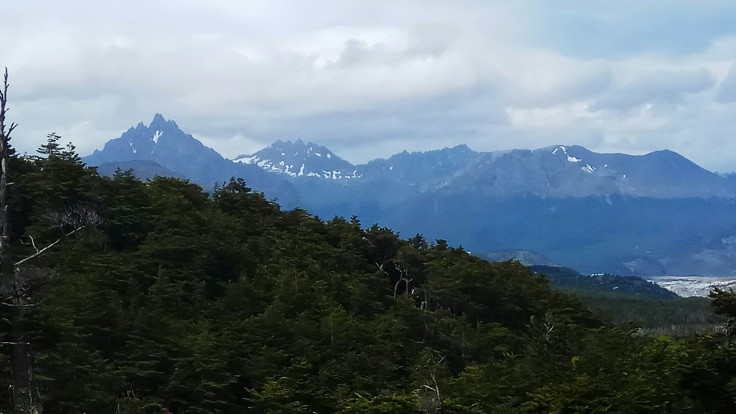 They are the ones with the snowy shoulders. I ran most of the way and decided to stick to the road, hoping to hitch the rest of the way to the city.

I was picked up by three Argentinians who work for the tourist office of Tierra del Fuego. They wanted to know everything I had ever heard about Ushuaia before I arrived! I know two people who have been here and both utterly adored it (Romain and Matt) so I told them the tips I had been given and they seemed happy.

I jumped out on the main Street and popped to the Hard Rock Café to buy a t-shirt. 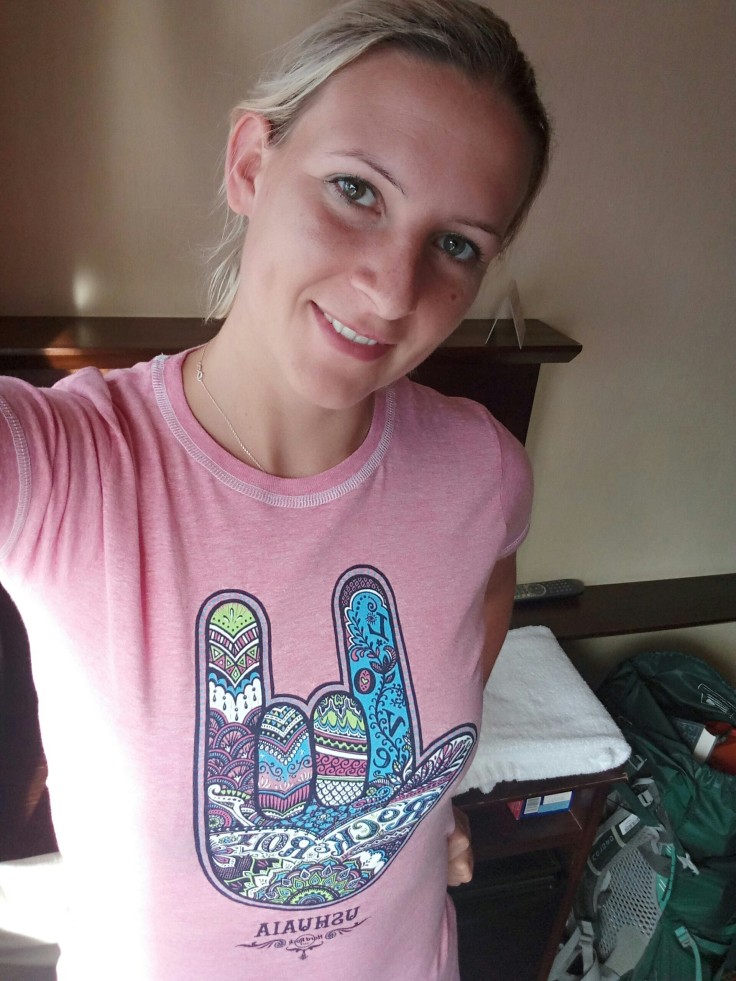 And finally I went to get a smoothie to help myself recover from the hike. 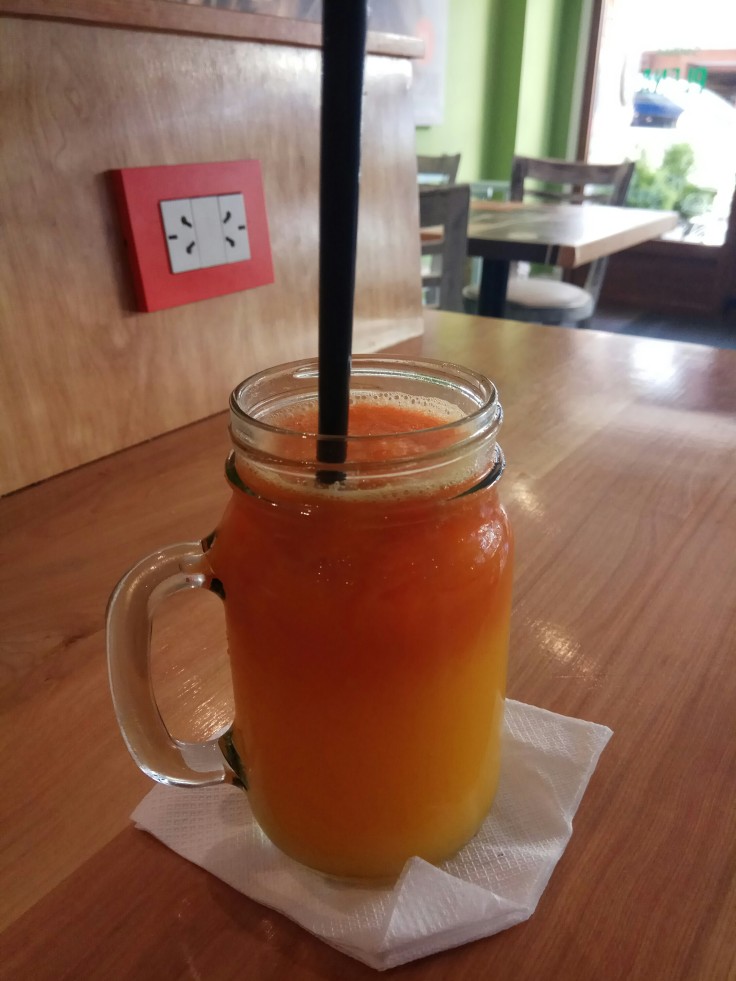 I’ve been to the same café a few times in the city centre. It’s called Marco Polo. It’s a bit pricey (juices and coffees are around $105 pesos) but it’s a nice atmosphere with decent music and good WiFi (perfect for those goodbye conversations before setting sail!)

I like the end of the world, it’s fairly chilled out really.